The Home Front Heroes project was funded by the Suffolk Record Office and a Home Front Recall grant obtained by the Friends of the Suffolk Record Office to ensure future generations find out what their country went through and remember the significant contribution made by British people between 1939-1945. Improved access to original records of the time helps everyone find out what life was really like for those who were evacuated, living in Suffolk, or serving with the Suffolk Regiment at home or abroad. 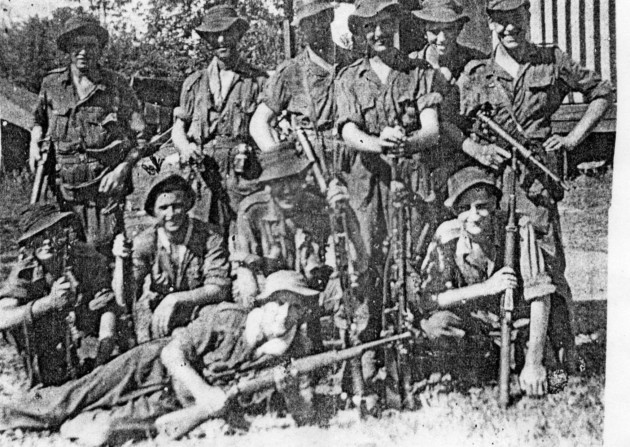 The Suffolk Home Front Heroes project objective was to create lasting and accessible online learning resources to help everyone explore this period and ‘Discovery Kits’ of local documents and photographs for use in schools to support Key Stage 2-3 students studying History, English and Literacy. These kits will be sent to all primary, middle, high and special schools in Suffolk. They will be available in record offices, libraries, mobile libraries and through our school libraries service and presented to our partners.

During the Second World War thousands of mothers and children were evacuated from London and other big towns, including Ipswich, to safer areas for protection from German bombing raids. What was it like leaving your family behind and travelling to a strange town, staying with strangers and going to a new school? The experiences of evacuees varied greatly and would affect them for the rest of their lives. Some were very happy staying with their new family, whilst others were unhappy and couldn’t wait to get home. Many found it difficult to adjust to living in the countryside.

Troops in the Suffolk Regiment served in the Far East and in Europe where their experiences were very different. The 1st Battalion arrived in France in early October 1939 with the British Expeditionary Force (BEF) and took part in fighting in France and Belgium before being evacuated from Dunkirk in June 1940. They returned to France landing on Sword Beach on D-Day, 6th June 1944. The 2nd Battalion took part in the Burma Campaign. The 4th and 5th Battalions spent three and a half years as POWs following the fall of Singapore on 15th February 1942, initially in the infamous Changi Jail, then working on the construction of the Burma to Thailand Railway. The 7th Battalion fought in North Africa and up through Italy. Letters home and photographs illustrate their stories.

Part of the project involved the development of hands-on workshops for schools at the Bury and Ipswich Record Offices. Suitcases of clothing and artefacts were put together for loan to schools for use alongside their kits.

The MLA East of England provided additional Learning Links Phase 2 funding to enable five local primary, middle and special schools to work with Heritage Learning Officers and Suffolk Record Office on teaching ideas for using documents and archives in the classroom, work schemes and lesson plans. These will be available on the website and in the kits. The schools involved in the project were:

A story writing competition was held as part of the project. Students were invited to write pieces about life as an evacuee or to imagine they were a soldier serving overseas who has just received a parcel from home or were sending a parcel to a loved one. Prizes were awarded for the best writing and the most imaginative design.