During the winter months, work was done on draining the land. Special spades were used to dig deep, narrow trenches. ‘Scoops’ were then employed to achieve a slight slope and to clear the channel of stones before the pipes could be laid (originally, ‘bush drains’, filled with densely packed hawthorn, were the norm). 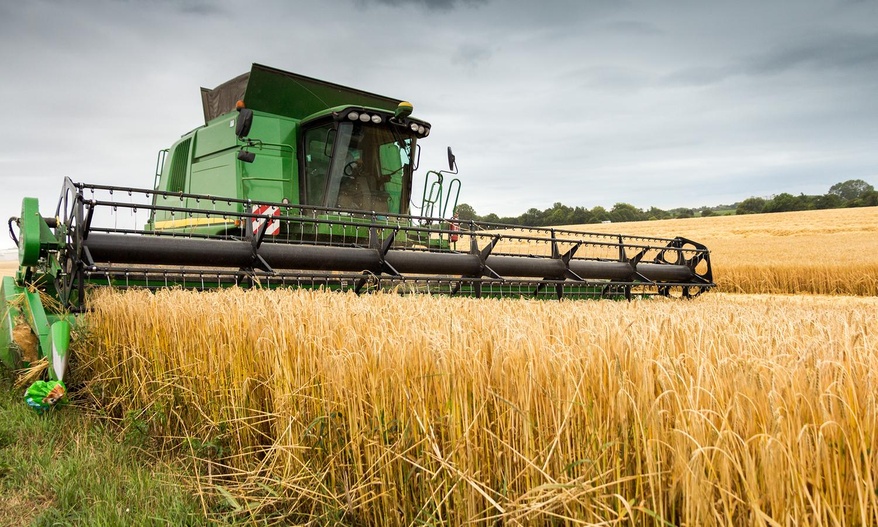 In marshy areas, wind pumps were used to raise water. The pump looking so like a mill, was used to drain the Minsmere Level, near Leiston. It looks similar to a Smock mill, with its 8-sided, wooden tower (tower mills had brick towers, while Post mills were made of wood), and the grinding mechanism, as well as the sails, turned to face the wind.

Light, sandy soils could be improved by the addition of clayey ‘marl’ from elsewhere on the farm. One can still see old marl pits near many Suffolk roads, often occupied now by thickets of trees.

The soil had to be kept fertile as well as free of lying water. Several Suffolk companies were formed to supply farmers with a variety of substances for this purpose, when the use of the farm’s own animal manure proved insufficient.

The Packard poster refers to Peruvian guano (compacted bird droppings) as well as crushed bones and ‘superphosphates’, which were produced by mixing sulphuric acid with ground-up material that was rich in lime.

A notable source of lime found locally was coprolite. This is fossilised dung, a seam of which was found in the south east of the county.

Getting the manure into place in the fields was one of the heaviest jobs on the farm, and, like draining, it was a task for winter days. Tumbrils—tilting carts—would be used. If the workers were lucky the farmer would have a Scotch cart available. This was a tumbril that could be tilted just a little, so that the dumping could be controlled.

“September doth cry, Get plough to the field, and be sowing of rye.”Tusser

The ploughing had to be done as quickly as possible—which was not quick at all by modern standards—so the ploughman (or horseman, as he was known in Suffolk) would rise at 4.30am to have himself and the horses ready for a 6.30 start. Two horses were usually used, and they would plough between 3/4 and 1 acre in a day, according to how ‘heavy’ (clayey) the soil was. The aim, according to Thomas Tusser, was to complete the work in November:

“Now plough up thy headlond, or delve it with spade, Where otherwise profit but little is made.”

The headland was the area where the horses turned round at the edge of the field, and this had to be ploughed last. Horsemen took great pride in their skill, competing keenly in the ploughing competitions that were held regularly. Suffolk companies were in the lead in introducing iron ploughs at affordable prices, as is recounted in the Competition section of Made in Suffolk.

Once the fields had been ploughed, they had to be harrowed, to get a fine, level surface of soil—as is achieved by raking in the garden.

Both ploughing and harrowing were done with horse drawn equipment, until steam power was introduced on some farms in the 19th century. Contractors would bring two standing engines to the larger farms and winch the plough back and forth between them. Tractors came into use before the First World War (1914-1918), but were not universally used until the 1950s.

For centuries, seed had been sown ‘broadcast’—that is, scattered by hand to the left and right of the sower, who walked up and down the field. Jethro Tull introduced the seed drill in the 18th century, and it came to be widely used when manufactured by James Smyth of Peasenhall, in Suffolk (see Made in Suffolk for more about such companies and their contribution to agriculture in the county). It was now possible to plant the correct amount of seed at the right depth, and—very importantly—in neat rows that were spaced so that hoeing (weeding) became easier.

Richard Garrett of Leiston patented the one that was to set the standard for years to come (see Suffolk’s Industrialists, in Made in Suffolk, for more of Garrett’s innovations). Hoeing by hand continued into the 20th century, however, and was heartily disliked as one of the loneliest jobs on the farm.

Harvesting, by contrast, was a hard-working but satisfying, convivial, time—so long as the weather stayed fine. The farmer would make a contract with the foreman, or ‘lord’, of a gang of labourers—normally his usual workmen—to get the harvest in by a set date. The hours would be even longer than usual, but the pay would be better and there was normally meat and beer provided in addition to the money. The men worked diagonally across a field, the lord in the lead, each man keeping time with the one ahead of him.

When harvesting barley, each labourer would be accompanied by a mate, usually his wife, who would rake the mown barley into rows, ready for carting.

The scythe came into common use in the 1860s. Prior to that, the sickle—a tool dating back to antiquity—was more often used. It was lighter than the scythe, but more painful on the back, as one had to bend to use it.

Horse-drawn reaping machines date from the 1820s, and were followed in time by the ‘self-binder’, which bound the corn into sheaves, as well as cutting it. An old man, remembering how people came from miles away to see an early automatic reaper and binder in action, said: It did away with a lot of hard work, but I think we were happier working in the sun all together, with a good drop of something in the bottle. (quoted in The Farming Year in Suffolk, a booklet produced by the Museum of East Anglian Life at Stowmarket).

More efficient, mechanical, harvesting led to the demise of the custom of gleaning. This had been an opportunity for farmworkers’ families to gather stray ears of corn left in the field after the harvest. It had been a significant help to many families. Eventually, of course, all the older machines were superseded by the combine harvesters, familiar to us today.

After the harvest, the workers were treated to the long awaited ‘horkey’, as it was known in Suffolk, when the lord of the harvest presided, and the farmer and his wife served a feast of beef and fruit pudding, with plenty to drink, to all who had gathered in the crops. There were songs and entertainments to celebrate the climax of the farming year.

The corn, having been carted to the barn, had to be threshed, separating the grain from the husks. This was done on the central floor space of the barn, with flails. These consisted of a 4 foot (1.2m) handle, made of ash wood, attached to a 3 foot (0.9m) beater, usually fashioned from holly or blackthorn. The parts were joined by thongs made of leather or eel skin. The threshed grain stayed within the barn thanks to the raised ledge at the entrance—the threshold. On a day with a light breeze, the crop was winnowed—that is, the grain was separated from the lighter chaff (husks) by being cast up in the air, so that the heavier grain fell back down while the lighter chaff blew a little distance away.

Machines were first introduced to perform these tasks late in the 18th century. The first ones involved the use of a rotating drum and were horse or hand-powered. They were unpopular with the labourers as there was now much less work to be done indoors on wet days, so men were frequently laid off for long periods in the winter.

In the 19th century, steam power was introduced, with early stationary engines soon being replaced by portable ones that were mounted on wheels and drawn by horses. Ransome’s first traction engine, which drove along the road on its own wheels, was exhibited in 1842.

As the engines got bigger and better, turning out dressed corn ready for market—with the straw (stalks) ready tied in bundles—they also became extremely expensive. It therefore became common for them to be owned by a few contractors who would go from farm to farm. In the end, however, like the reaping and binding machines referred to above, they were made redundant by the introduction of the combine harvester.

The scene was set for the farming year to become the province of a small team of highly trained technicians, rather than being the normal job for the men of the village.