Suffolk and the Ice Age

Suffolk’s chalky clay soils are formed from ’till’ or ‘boulder clay’—this is material that was scraped up by the great Anglian Glaciation about 470,000–430,000 years ago and then left behind when the ice sheet melted. In places this layer is nearly 70 metres thick. Nearly all of Suffolk was covered by the Anglian Glaciation but no subsequent ice sheets reached this far south—the last glaciation, which ended about 10,000 years ago, only reached the north Norfolk coast. On either side of the clay till are areas with sandy soils. These are the result of ‘outwash’ from the melting glaciers and of windblows from the main glacial deposits.

Suffolk has the earliest site offering evidence of tool-making in the whole country at High Lodge near Mildenhall. Flint tools made by Homo heidelbergensis half a million years ago, in a warm interval during the Ice Age, have been found there. As the ice sheets melted, the sea level rose and Britain eventually became an island in about 6000 BC. By 4000 BC Neolithic people—who had learned to grow crops and keep animals—had arrived in Suffolk. These New Stone Age farmers favoured sandy soils (which we think of as less productive) because they are easy to cultivate. The heavy clay soils of central Suffolk probably remained largely forested until the latter part of the Iron Age, in the final centuries BC. The Romans landed in AD43 and ruled Britain for nearly 400 years. Boudica’s revolt in AD60-61 is notorious. Her people, the Iceni, lived in Norfolk and the northern half of Suffolk.

After the revolt new small towns and numerous farmsteads across the country indicate a stable and fairly prosperous life for the descendants of the Iceni and the other local tribes. By the end of the period there were some extremely rich landowners as demonstrated by the wealth buried in the Mildenhall and Hoxne hoards. In the 3rd century the Romans built Walton Castle at Felixstowe (now destroyed by the sea), as one of a series of coastal forts for protection against raiders from northern Europe. In AD410 the legions and provincial government were recalled to Italy, and after this the Anglo-Saxons gradually took control of the county. 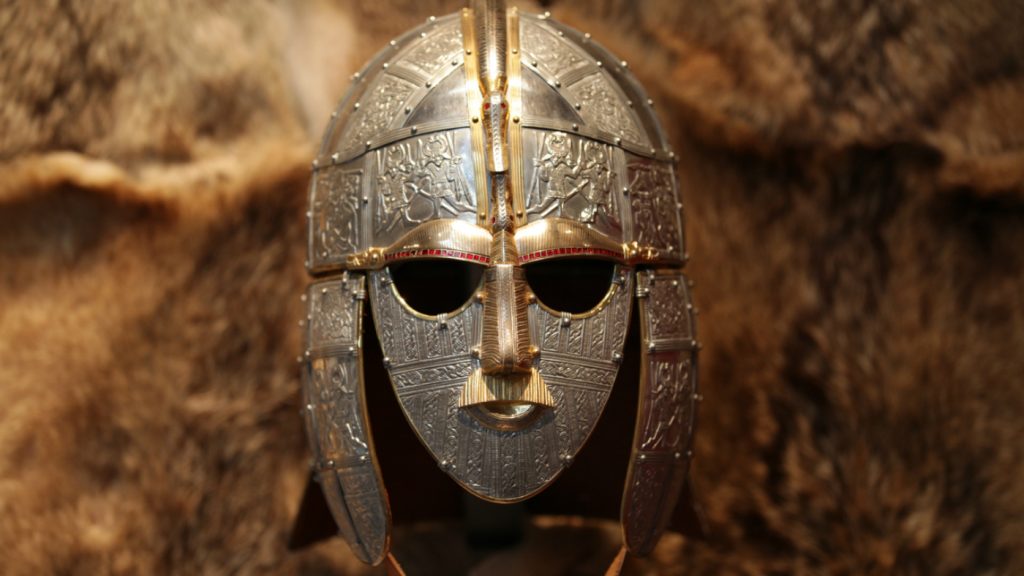 In time, the Anglo-Saxons established kingdoms, including that of East Anglia. Suffolk was the southern half of this, being the home of the “South Folk”. The royal cemetery at Sutton Hoo where Raedwald, King of East Anglia, was buried in AD 625—is just ten miles inland, overlooking the River Deben. There is a splendid exhibition centre at the site. Visit the National Trust and Sutton Hoo websites for more information.

The early settlers favoured the light, sandy areas for their settlements, specially near the rivers in the east and west of the county, but from the 8th century they expanded onto the heavy clay soils of central “High Suffolk”. The re-constructed Anglo-Saxon village at West Stow, near Bury, is well known, and well worth a visit. For more information about West Stow, visit their website.

Later, the Anglo-Saxons in their turn tried to prevent Viking invasions. The number of Suffolk place names with Danish or Norse endings (-thorpe, -by and -toft) indicates how impossible they found it to do so.

The most famous episode of this period was the killing of St. Edmund, the King of East Anglia, in 869. More than one village claims to be the place where the Danes shot him with arrows, but the abbey at Bury St Edmunds is definitely the spot where his body was eventually laid to rest. When miracles were reported at his tomb, the abbey became the most important shrine in the country for pilgrimage, until Canterbury overtook it after the murder of Archbishop Thomas Becket, in 1170.

Ipswich is East Anglia’s first town. Founded in the 7th century by the kings of East Anglia, it was the kingdom’s main centre for industry and international trade until the 9th century.

From the late 9th century, other towns were founded in the region. In 1086, when the Domesday Book was compiled, Bury St Edmunds, Dunwich, Beccles, Sudbury, Clare and Eye were also functioning as towns.

In the Middle Ages, East Anglia was an important region with the local wool trade accounting for much of the country’s wealth.

Hardly any fighting occurred here during the Civil War, the county being controlled for Parliament by a committee which met in Bury—but Bury was also the site of a riot in 1646, protesting against a Puritan ban on Christmas celebrations. 18th century Suffolk is notable for the rise of stately homes—like Heveningham Hall—and the renovation of others, such as Euston Hall. 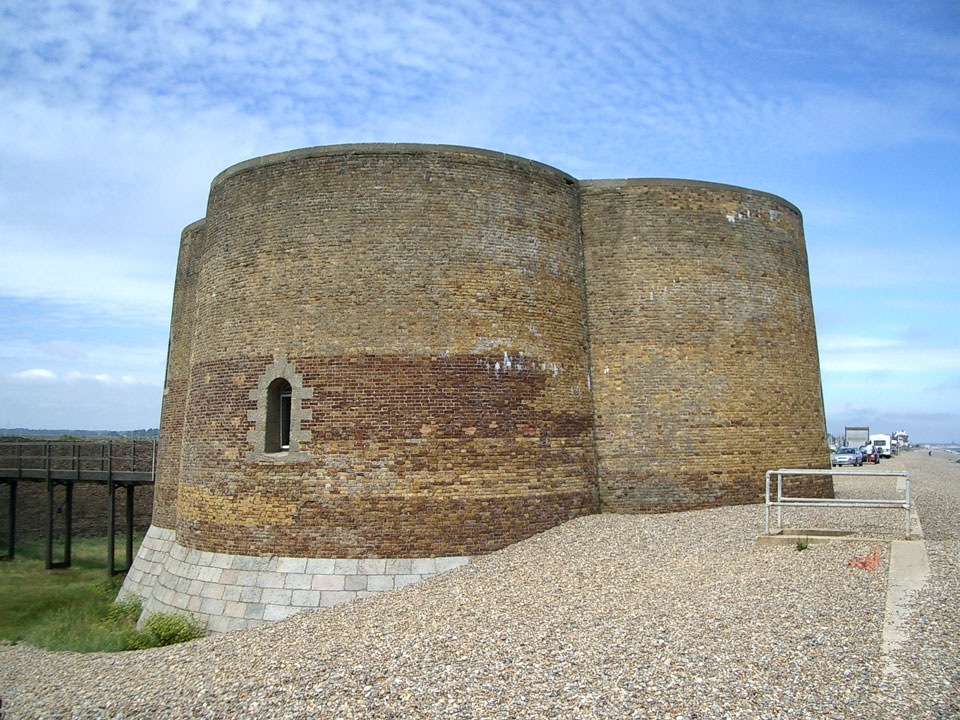 Between 1800 and 1810, eighteen Martello towers were built in Suffolk, as a defence against Napoleon. They extended as far north as Aldeburgh.

Later in the century, Suffolk saw the same rapid rise in population—and the same movement to newly industrialised towns, and mass emigration—as the rest of the country. Rural poverty and discontent were marked when prices fell after the Napoleonic wars, and again towards the end of the century.

In the 20th Century, Suffolk’s easterly position, combined with its low relief, made it an ideal location for air bases in the struggle against Hitler. Wattisham is now used by the Army Air Corp while Honington is still used by the RAF. Mildenhall and Lakenheath are rented out to the US air force.

There were many more airfields at the time of the Second World War. Several are now the sites of industrial estates. 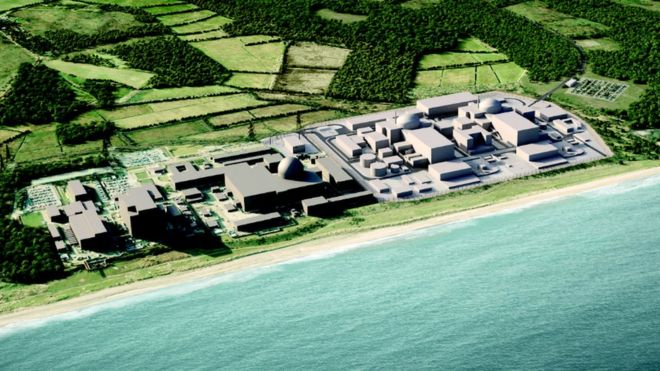 Suffolk, like all places, has changed physically, economically and socially over the course of time. Nowhere can this be seen more clearly than in the part of East Suffolk shown in the model of Sizewell.

Recent censuses reveal that over 20,000 people are moving into Suffolk each year—some from abroad, more though from other parts of the UK. This is out of a total county population of about 700,000.

During the 1950s and 1960s there was an increase in migration from the Caribbean to Suffolk. Many of the new migrants were employed in Ipswich by companies such as Cranes.

Suffolk was administered as two units until it was united in 1974, as part of a national overhaul of local government.

West Suffolk was originally the area controlled by Bury Abbey, most of the land having been granted to it by Edward the Confessor, just before the Norman Conquest. Suffolk used to have the nickname “Silly Suffolk” but only on account of its many fine churches! “Silly” was being used in its original sense of holy, or unworldly.